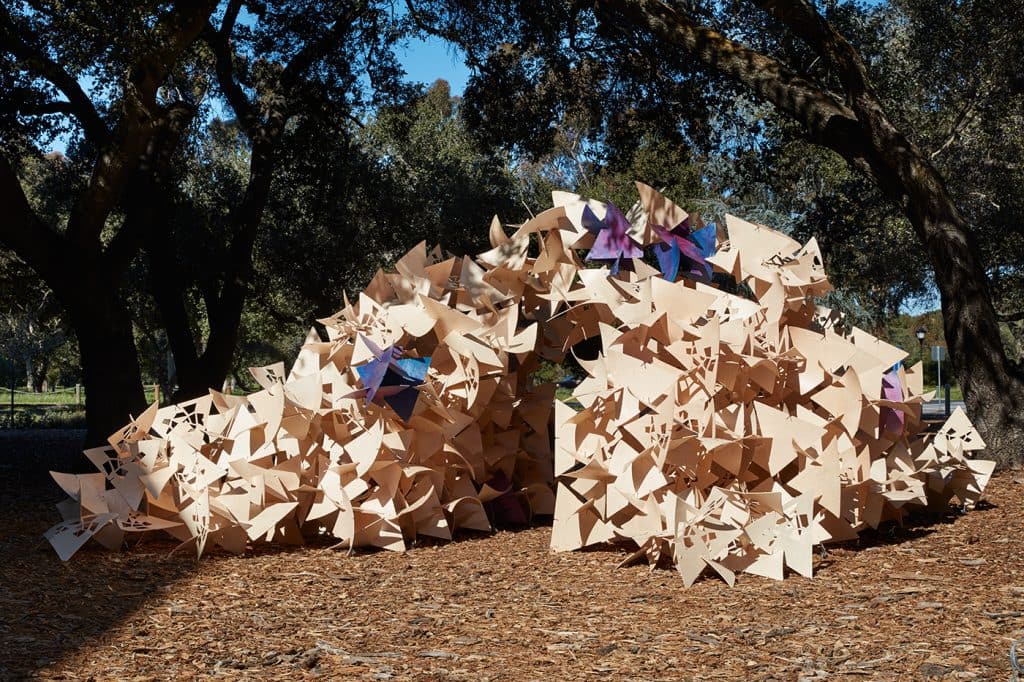 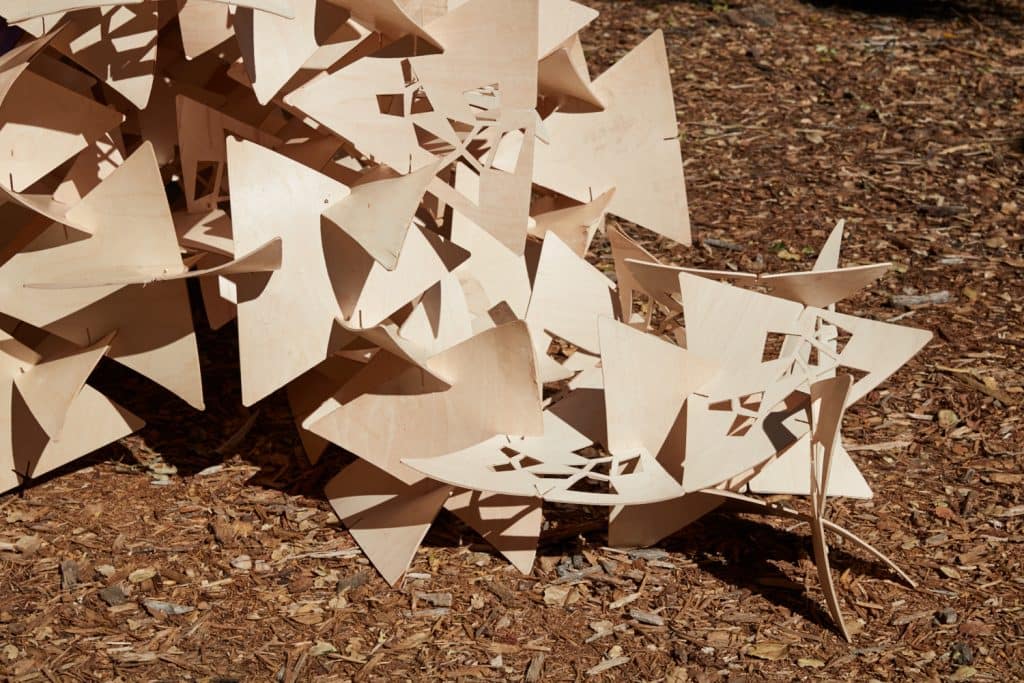 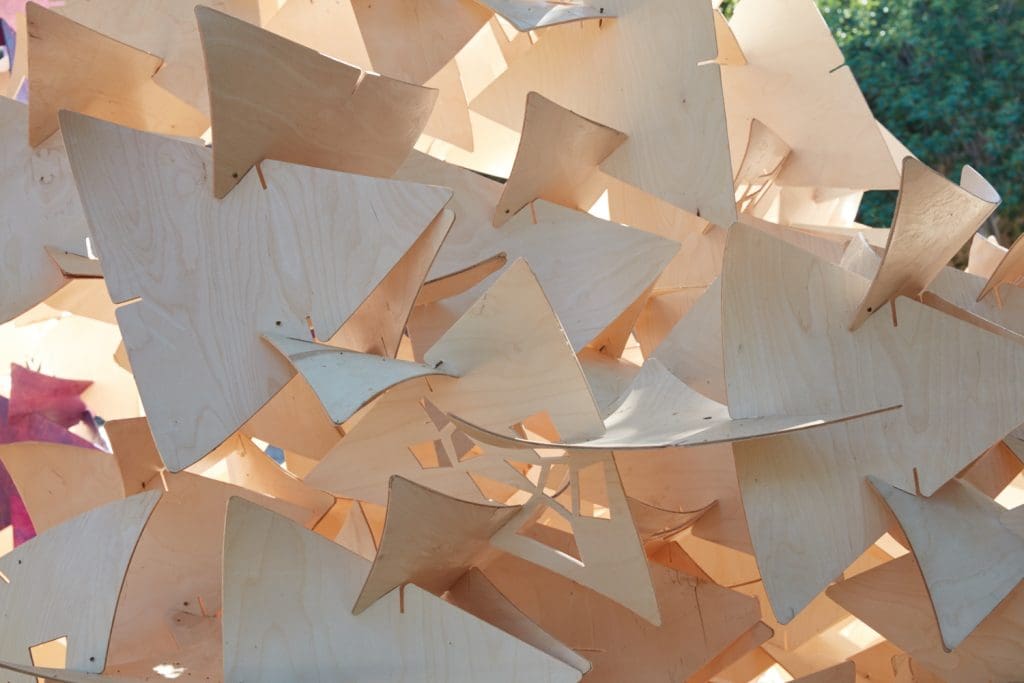 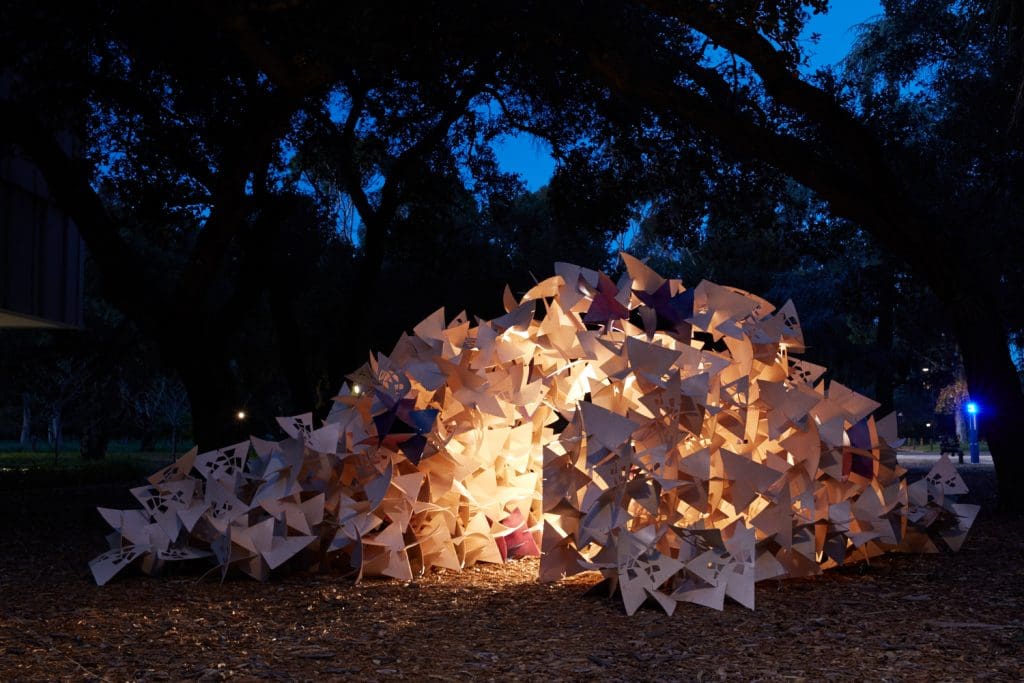 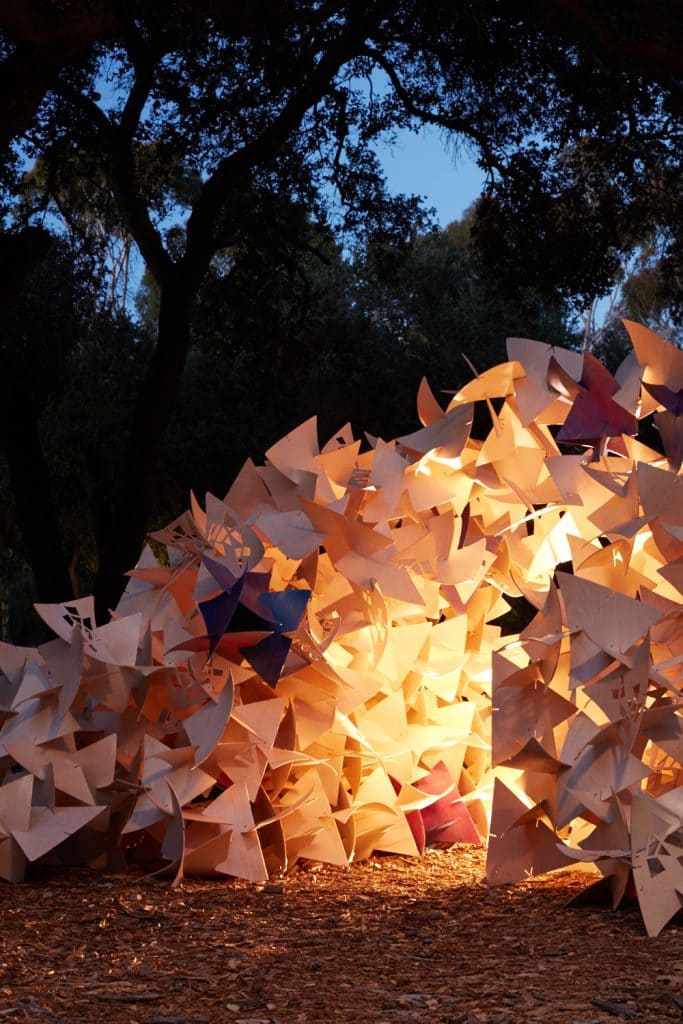 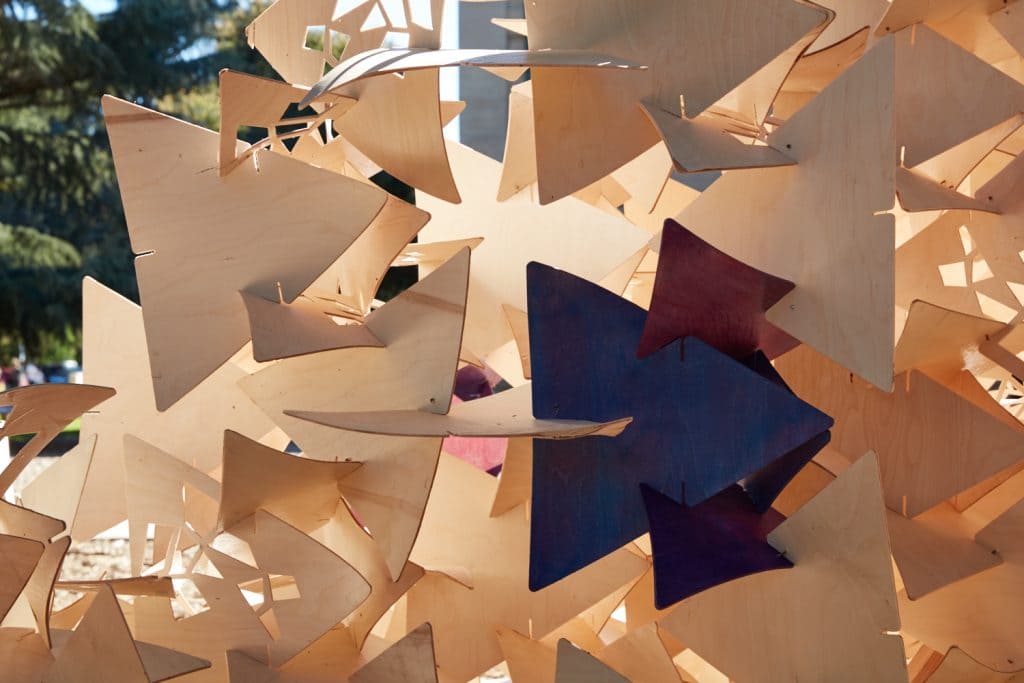 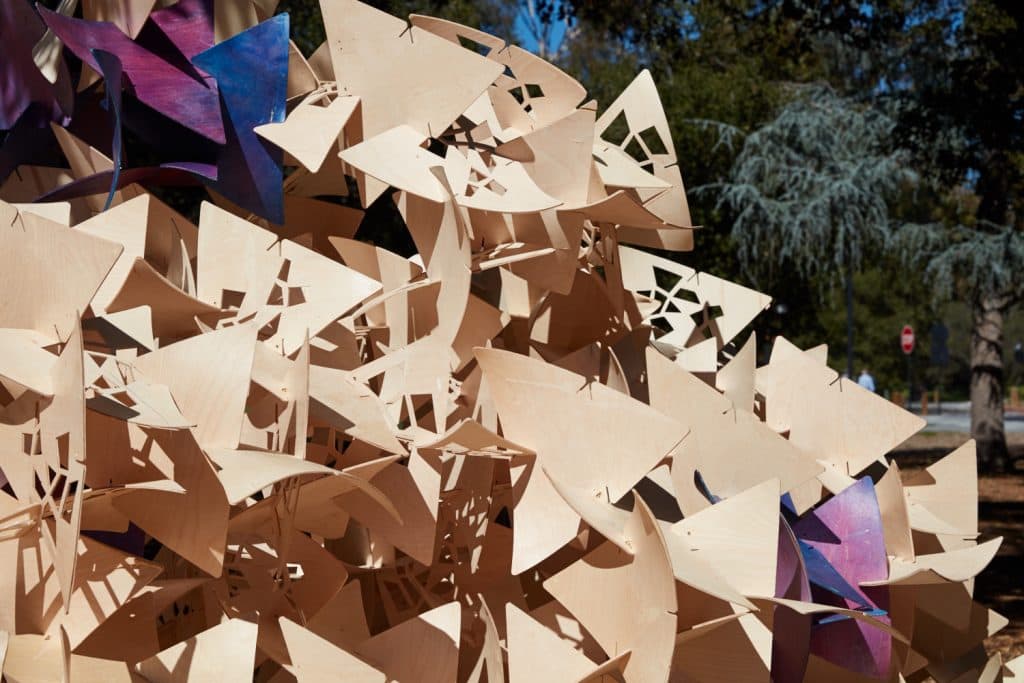 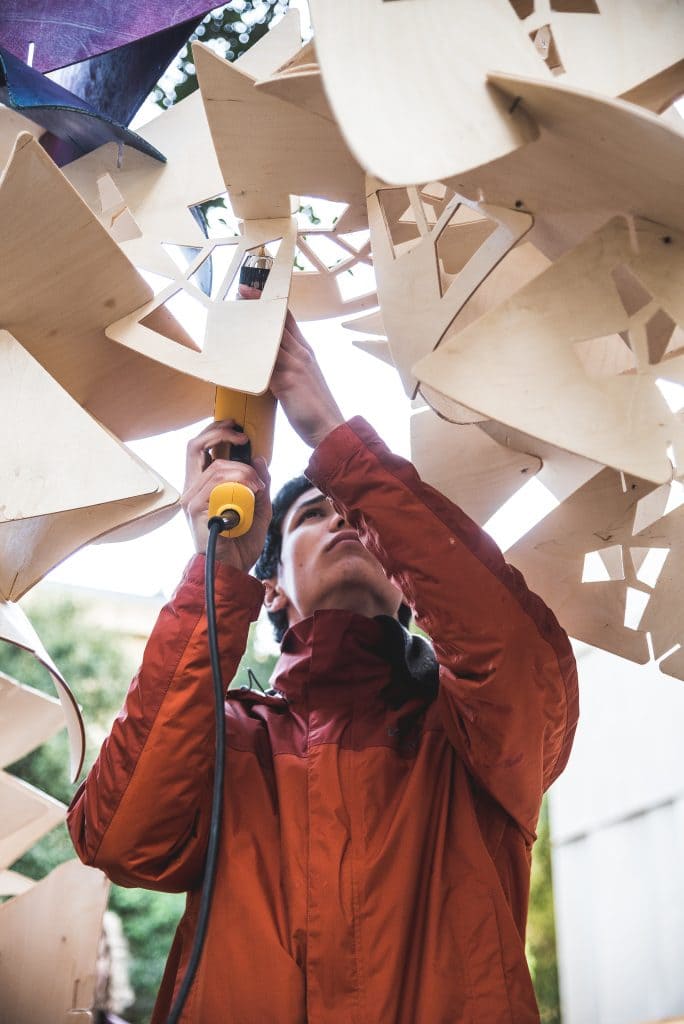 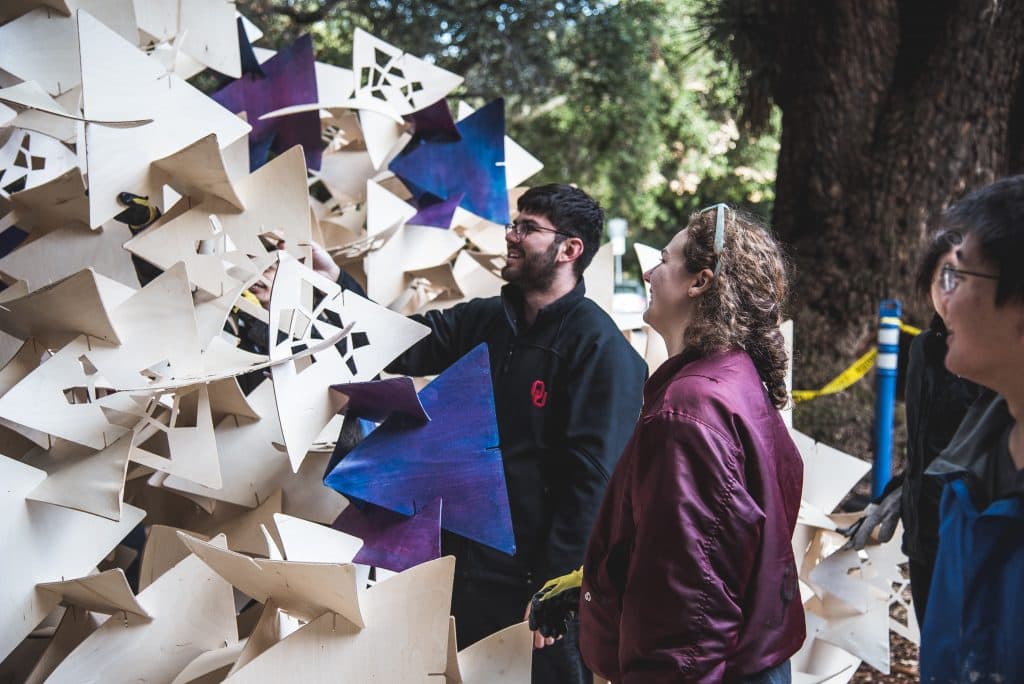 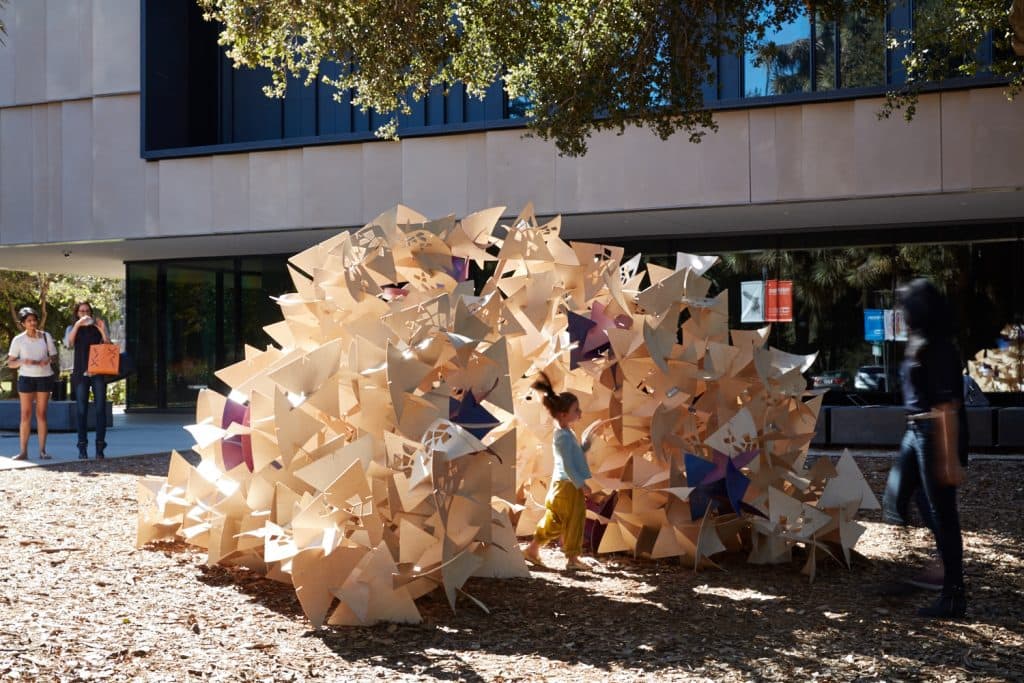 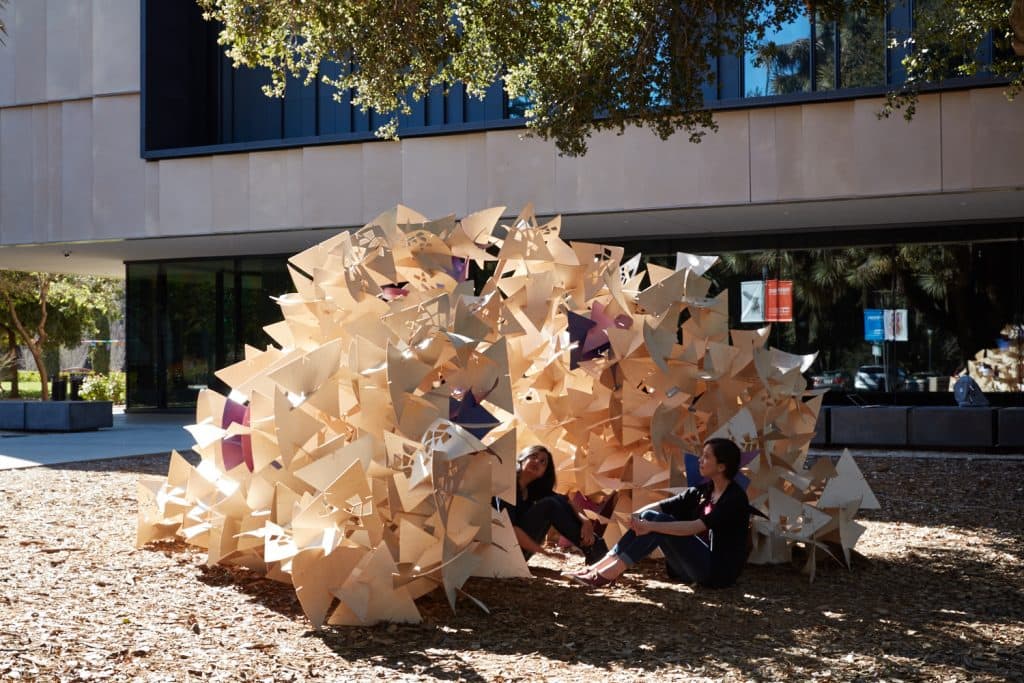 SWELL
SAN FRANCISCO, CA
In this design-build course, co-taught with structural engineer Jun Sato, students investigated the structural and spatial potentials of a heat-moldable plywood. The form of “SWELL” was inspired by the wave-like forms of blowing leaves, interspersed with pink and purple-colored “blooms” held aloft within the structure. The undulating space emerges from the ground, creating a habitable passage and view from the main entry path at the museum.

Students developed a triangular, notched panel unit through model-based structural experimentation. The course merged both digital and manual production techniques for the panel production and assembly. After students refined the panel design, they cut 600 identical panels on the CNC router, and fabricated a two-part mold. Once baked, the malleable panels were individually pressed within the heavy mold to produce their curvature. Students learned how surface deformation (through parabolic curvature) doubled the strength of the panel. They tested different configurations for the panels to optimize structural performance, eventually developing a structurally sound yet spatial rich matrix of panels. These units were configured into structurally rigid 4-panel modules that became the building block for interlocked “mega-modules” that organize the structure. Some of the panels were perforated with a leaf-like pattern, creating varied densities and a nuanced filtered light, while also reducing the wind load on the structure. These light panels taper to the ground, creating a seemingly weightless and playful relationship to nature and the ground.